My 3D range is also where I trail run. Whether I am running or shooting I carry a small pistol in case I cross paths with an ill-tempered viper. I don’t mess with snakes that don’t mess with me. 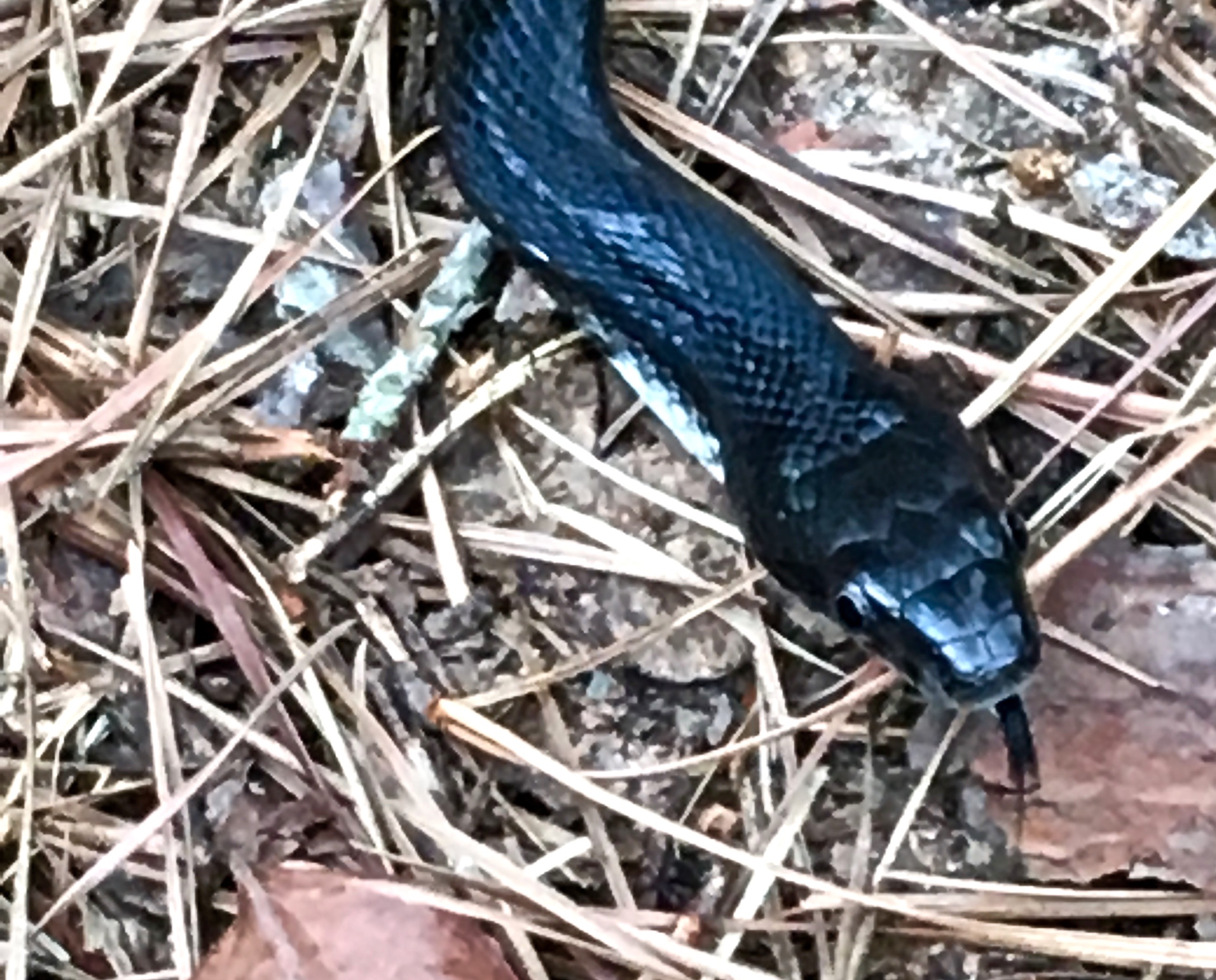 I’ve seen lots of snakes running and shooting. I even see them when I riding a bike.

When I’m in the woods I keep a close watch on the ground. River, my lab that runs with me and tags along during archery practice has pointed out a few snakes I missed. She’s also missed a few that I found first.

This is the time of year to keep a close look out for snakes if you’re in the woods.

I have been busy. So busy there’s been limited time to write much for this website. The tight schedule isn’t going to ease off anytime soon. Until then I’ll try to post stories you might find interesting.

If you’ve been a reader you know not 100% of my articles are specific to archery. This is one of those articles. This one has to do with a puffed up fisherman that knows it all.

Now being a know-it-all is good if the claim to knowledge is true. I’ve known a few real know-it-alls. They were truly remarkably brilliant. These (three people) weren’t just wizards in math and science, these three had common sense and could do anything. Seriously, anyone one of them could talk about science, history, and current events, renovate a house or clean a deer.

The particular false know-it-all knew a lot of stuff much that he shared during a striper-fishing trip. He was extremely confident in all proclamations and orations. It didn’t take long until his lectures had the same impact that a freshman chemistry professor has while in front of a white board – he was making me sleepy. In fact, and in addition to absolutely zero fish in the boat other than bait, I stretched out across the bow of the boat for a nap.

In turn, the angler-lecturer on board increased his volume so that I might not miss important or key points. A series of facts he began disseminating while I tried to drift away dealt with US Geography and snakes.

His response was to assure me that I had not actually crossed paths with a water moccasin in North Carolina. To be sure, those snakes had been harmless water snakes.

The way I see things is that it takes two people to argue. If the fellow with all the knowledge believes there are no water moccasins north of South of the Border on I-95 who was I to debate the matter. However, I did recommend that should he ever be in North Carolina and run up on one of those harmless water snakes he should either get away or shoot it.

Heading out to practice 3D archery I get prepared. Garthering all the equipment necessary is different in the warmer months than winter here in rural North Carolina. Yes, arrows, release, bow, quiver are taken into the woods. There are some additions, a firearm and snake boots.

The woods surrounding our small privately maintained road, one lane of well-packed gravel, expands over thousands of acres. The low swampy forest is wedged between rivers on two sides and farmland on the other two sides. On our little road there are only two full time family residents. Most of the time there are just four people living here. Of those, Brenda and I included, the quartet of residents take frequent trips. So, on any given day there might be only two people in our neck of the woods. Or like today, at this moment, only one.

Because humanity leaves the neighboring woods alone animals wander about day and night. We’ve seen all sorts of critters: deer, raccoons, possum, coyote, rabbit, squirrels, fox, and evidence of bears. The bears aggravate farmers, they eat tractor seats. There are plenty birds as well including turkey, ducks, geese, swans, bald eagles and osprey. These animals are fine with me and we leave one another alone. Albeit, I do watch out for eagles when our little dog, Nixie a standard wire-haired dachshund and early warning system, is in the yard. The eagles probably wouldn’t attack Nixie, but they have sat in nearby trees and appeared to think about it.

What troubles me are the snakes. Not the non-poisons variety, the other ones that can hurt Brenda, my wife, our dogs, grandkids, friends or me tend to cause alarm. Those fanged biters demand caution when I’m outside. When I practice 3D archery they are why I wear 17-inch snake boots and carry a pistol. Despite the boots, I constantly survey the ground where I am walking.

In April I shot a copperhead. River, my Labrador retriever, walked past it and they missed each other. That snake seemed to have eyes only for me. River had gone ahead but returned to see why I’d stopped. As she approached I commanded her to stop and stay, dog and snake paths were clearly going to intersect. Rather than take a risk that we’d meet later, I shot the copperhead thus ending any potential future encounter.

A week later, there was a water moccasin. I was doing maintenance on the 3D range with a weed whacker. That snake was coming straight toward me. I turned the weed whacker so that the monofilament was perpendicular to the ground. As the snake got closer I lowered the spinning line onto its head.

It really is a bit on the wild side living this deep in low country. Certainly, I am not looking to kill snakes. However, if there’s a chance meeting of viper and man, me being the man, I plan to walk away un-punctured.

Last year, I had a rough time with snakes. The water moccasins seemed to have wanted to move in with us. This year isn’t looking any better. Already I’ve seen a lot of snakes. Thus far only one has been a moccasin. It slithered away before we could come to terms.

In the evenings I take a walk around the 3D range. This is not the place to take a run during the warm months. When running there is a chance of crossing paths with a viper before either of us is ready. In that case, the odds are in favor of fangs.

This evening, River was accompanying me; we meet up with a copperhead. River trotted right past oblivious to the danger. I’d approached within a few yards. Copperheads have excellent camouflage. It had seen me as well and had turned to greet me where upon I introduced it to my new friend and small Ruger 380.

When I got home, I ordered a pair of expensive snake boots.