It isn’t easy to win an archery tournament.  If you’re a competitive archery you know that to be true.  To win it takes a lot of work.  Even if you put in the work you can still fall short. At the 2019 GBAA 3D Georgia State Championship I fell short (GBAA is the Georgia Bowhunter and Archery Association).  A friend of mine beat me.

We didn’t shoot in the same group.  By the second day I’d forgotten he’d shot.  I remembered when the final scores were posted.

When it came to posting the scores the results were available online almost immediately.  Too often at non-national level events athletes have to wait for the data to get posted.  It was pleasing to have the results available so fast even if those data were disappointing.

Going into the tournament I expected an average score of 10.4 points per arrow would win my age group. Over the past four years the average per arrow winner scored 9.3 points per arrow.  However, the high over that period was 10.4.

The GBAA isn’t like an ASA or IBO event.  The maximum distance to a foam animal is 60 yards.  The organizers of the tournament were not shy about using their real estate.  There wasn’t a 60-yard shot, but there were a fair number of targets over 50 yards.  To mix it up there were two targets so close it made setting a sight a non-factor. Archers used their closest distance and guessed at the variance.   It made you think.

Throughout both days of the competition I over heard archers comment on how nice the course was laid out and how it was being held in a beautiful setting.  The Ace Apache Club in Social Circle, Georgia, hosted the championship.  The park where it was held is really nice.

Day one of the shoot I misjudged my travel time.  Arriving with 5 minutes to spare I just got in under the wire.  I also thought my maximum distance would be 40 yards.  There’s a big difference between a 40 yard max, which I was expecting, and 60 yards.  Well, 20 yards is the difference.  Not far for a bike ride or run, but that’s a haul for an arrow in 3D.

I wasn’t too concerned not having warmed-up.  I often practice without warming up to be prepared for just such of a mishap.  Heading into the first target I’d planned to shoot my game and I expected to score 6 up by the end of the first range. (At they point I didn’t know about the 60 yard thing)

After a number of targets out in the 50-yard range I paused.  I’d thought I was shooting from the incorrect stake.  A verification with the marshals; they clarified I was firing from the right spot. I was momentarily angery with myself for not knowing 60 yards would be the maximum distance not 40.  Well, I had to let that go and shoot. My score wasn’t too bad when I finished day 1 and I thought I was leading.

On the second day I made certain to arrive on time, warm up a little and shoot better.  I really thought I had a chance at winning a major 3D tournament.  I’ve not won a State level 3D contest in a couple of years, the last being the Virginia IBO State Championship in 2017.  The second day I did shoot better but overall fell below what I expected it would take to win.  Still, my score seemed good enough to pull off a victory.  I’d forgotten all about my friend, Jerry.

It seemed to me I remembered Jerry telling me he didn’t shoot 3D.  I figured he was there just for fun.  Apparently, I was wrong on both counts.  Jerry, in fact, scored exactly what I’d expected it would take to win dumping me into second.

Second is not a fun place to finish.  This makes the fourth time in 2019 I earned a second place. Each one has been tough. All that can be done is figure there’s another tournament just around the corner.  That and learn from what happened to causing the loss occur and fix it.

Despite the loss, the tournament was 2 beautiful days in the woods.

It feels like a long time between major archery tournaments. The last one was an outdoor championship in September – the 15th and 16th to be exact. Since then there have been a few league shoots. This weekend, finally, there is a major tournament in the State.

There are 149 archers competing as of December 6th. So, when I say major tournament, I am speaking on a State level. This tournament isn’t like a National Championship or a Vegas sized competition. 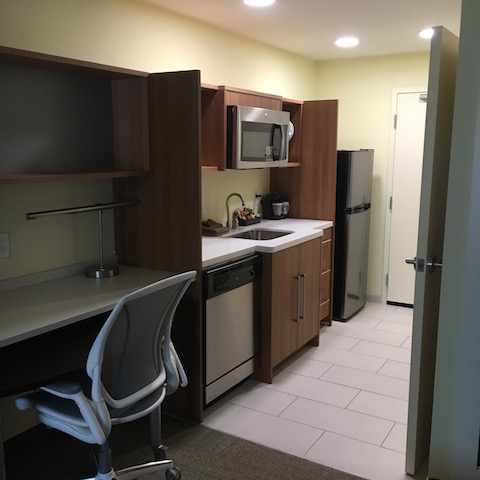 I drove from our home near Athens, Georgia for this Statesboro, Georgia shoot a day before the Championship. On this trip I didn’t travel with my RV. The weather forecast is for rain, ice and a little snow. Not the idea conditions for pulling an RV. It will mean two nights in a hotel.

Regardless the outcome, and despite the hotel stay, competing at 25-meters seems like it will be a lot of fun.