The first day of the USA Archery Indoor National Championship didn’t go as well as I’d planned. The non-stop MUSIC playing over the PA-system wasn’t working for me. This is the second event where music played throughout the shooting. 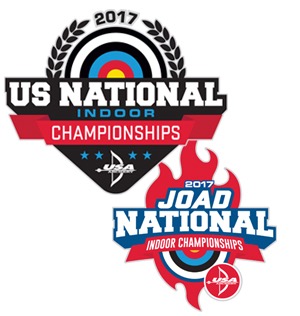 One of the judges told me that non-stop music was going to be standard for all USA Archery tournaments. My response, “When the PGA plays music during putting, I’ll accept that USA Archery got it right.”

Here’s what changed: by the second day I was enjoying the music. The playlists on both days were fine. It wasn’t the music per se that I objected; it is that I focused on the music and not the shooting. By day two, my brain had compartmentalized the music and separated the act of shooting – most of the time. In fact, I enjoyed the music. I also began improving my score. 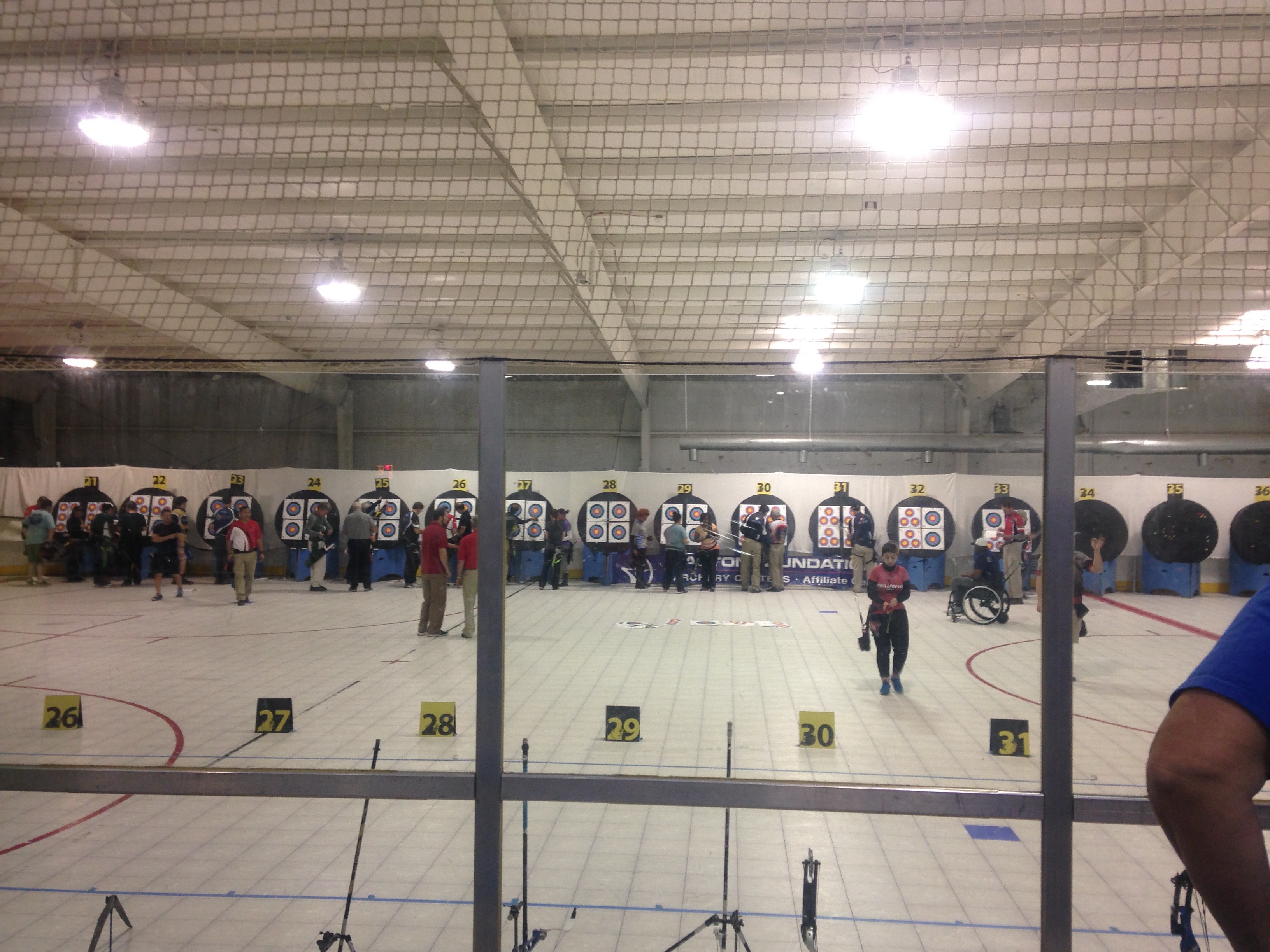 Day two the score didn’t move up to level compared to shooting in my yard. It’s amazing how many little things practiced at home are absent during a tournament. At best the little things come and go, at worst they’re waiting back home.

On day one, most of the steps needed to make a good shot were unwinding in North Carolina. To be fair, occasionally they’d slip into Georgia between the songs floating around in my head. I finished the day one point behind, in second place.

On day two, I was getting in synch with the music. To make matters even better on the target 34, where I’d been assigned to shoot, were George Ryals, IV and Roy Green. Without a doubt, I have never laughed so hard in any sporting event. They had me in stitches nearly the entire three hours of shooting. Best of all, most of the day those elements of form and shooting that had vacated on day one mostly returned on day two. There were a few brain farts but it wasn’t the steady flow of gas it had been on day one. When it was over, I’d found the lost point from day one and gained an additional eight points to win.

Over the past three years (three years, four months 27 days), since I picked up a bow to give it a try, I’ve crossed paths with a number of interesting people. Some, when there’s time, have been written about on this website. Not nearly enough, but there is only so much time and too many interesting characters. This year, the crowd (and it was a crowd) was filled with familiar characters – now friends. These friends, once intimidating faces, now wore bright smiles and offered warm handshakes.

It’s day one of the USA Archery National Championships. My start time is 4:00 PM. It reminds me of working the 3 – 11 shift. It was my least favorite of the three shifts. It always seemed to be the busiest. But, that’s not what made it my least favorite.

The problem with afternoon shift, there’s not really enough pre-work time to get much done and after work the day is gone. The nice time about the shift is that it is never a worry to get to work. Probably a good time for archery. Plus, it is a heck of a lot better than getting up at 4:00 to make the 8:00 AM shooting shift. (It’s a two hour ten minute drive to the event.)

What happened? Well, I shot all over the place. Going into the USA Archery Indoor National Championship I expected to shoot within a certain score range. I figured I might shoot a little better or a little worse, but I’ve tracked and studied my scores over the past year and wasn’t heading in blind.

A good couple of days I’d win, a bad few days I’d still improve over last year. I shot far worse than I’ve shot in months. Literally, I fired off two of my lowest point totals in a year.

Was it nerves? Nope, I felt very relaxed for the most part. Did a rush shots? A few, perhaps.  Was it bad form? Sometimes. But, overall I felt like I was on top of it. Feeling on top of my game and seeing the final results suggests I was not on top of my game.

Despite the rotten shooting I ended up second in the South Division. There were a lot of laughs over the two days in Snellville so it was socially fun. But, I’ve got to wait until 2017 for redemption.

Now, it’s time to focus on 3D and prepare for Augusta in April.