Brenda, my wife, had to teach a few yoga classes in Cambridge, MD.  The Tuckahoe Bowmen’s 3D competition is on Sunday.  So, we’re in Maryland where I train for 3D at Schrader’s Outdoors in Henderson, MD.  That’s were I was when I forgot about the Ocean City travel on Rt. 50.  The traffic made me miss NC.

We hadn’t been to Maryland in over a month.  When we got to Easton the weeds had covered our patio, the inside plants had died, and at some point winds had blown two of the screens off our windows.  The screens at our home in NC have withstood a couple of hurricanes per year and have never failed to hold tight. Our first day, at least the morning of it, would be dedicated to maintenance.

After the chores of weeding, tossing the corpses of houseplants, and replacing the screens I headed to Schrader’s to practice.  Outside of 3D competitions, my practice target by default has been paper.  Shooting flat targets at known yardage is vastly different than shooting foam 3D animals scattered about the woods.  Since I’d last shot at Schrader’s they’d increased their target array from 20 to 30 and their placement was more challenging.

The first target, a mountain lion, was un-shootable.  The winds had blown a large limb down on top of it.  Perhaps those were the same winds that had separated the window screens from my house. Even so, I was pleased to see they’d moved the old wolf from stake one.  He had done his best to greet me in the past. However, he was getting tired and I was sick of seeing him first. At stake two I noticed the opposite rear stake, exiting the range, read 30.  This was going to be fun.

Whoever set the targets did a jam-up job. These were much more difficult than the last time I’d shot the old 20, which hadn’t moved in six months or more.  They have tree stands on the course and at stake 5 I climbed the first.  They’d out done themselves.  Thirty yards away from a 20-foot high stand was a headless turkey.

My first thought was “they have got to be kidding.”  Then, I figured, I was shooting down, if I miss, the arrow should be easy to find.  The arrow was simple to retrieve. While recovering the arrow, I found a stake 10 yards in front of the tree stand, on the ground. It was suppose to have been a flat 20ish yard shot.

It must have been a raining during the weeks while we were away; the range was infested with mosquitos and seed ticks. There was also another target, a bear, covered by fallen limbs and some of the tree stands were obviously not meant to be used – no shot whatsoever.

All in all it was a great practice.  I stayed longer than I’d anticipated taking a few extra shots to compensate for the limb-covered critters.  What totally slipped my mind was the Eastern Shore traffic when the western shore vacation migration to Ocean City is underway.

In North Carolina, were we live, there is no traffic to speak of, as such, I forget about traffic.  Route 50 going through Easton, covered with western shore vacationers, the human version of migratory wildebeest, had halted traffic.  The 23-mile drive home took an hour and a half.  Welcome to Maryland. 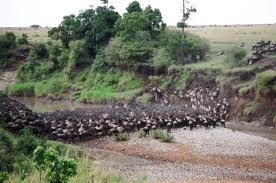 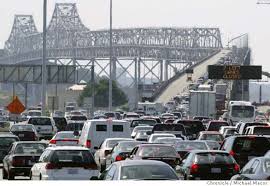 Shooting paper is fun, but shooting 3D is a bit more fun, especially if you have been shooting paper awhile.  Schrader’s new range was great.  Tomorrow, when I drive back to Schrader’s I’ll take the back roads.  But, on Monday, you’ll find me shooting paper in North Carolina and Brenda will be doing yoga in Edenton.