There’s a marketing company that uses Facebook to draw perspective customers tempting them by offering to identify the customer with a variety of ‘things’. These ‘things’ can be a Beetles’ Song, their Aura, are they Southern, where should they live, their best career choice and many other such ‘things.’ The site promises to let readers know their result after answering a few simple questions. When a reader clicks the questions the site hopes the customer further clicks the products associated with the site.

I’ve avoided such traps until I read a Facebook post which promised to identify me after answering 20 simple questions. Twenty is more than a few, but not very many. How could twenty questions identify me and would their answer actually recognize me? This post caught me and I answered their questions.

The answer wasn’t specific, it identified me as a type of person: male, teenager. It was way wrong. It got the male part correct, but teenager! How could it be so incorrect? Seriously, I am a grown up.1-4 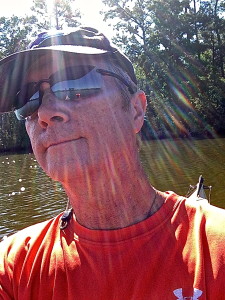 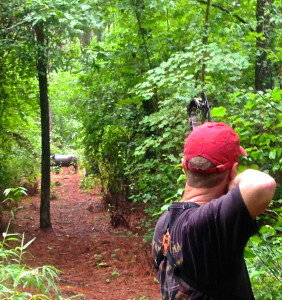 I decided to put their assessment of me to the test by reviewing my activities for one day:

Got up, ran around with River, my dog. We stopped to look at some horses. Shot my bow and arrow. Played on my computer. Looked for my lost checkbook. (Still lost) Shot my bow and arrow. Drove to town with my Brenda (wife). She went to Yoga; I looked for archery supplies and at bicycles. Talked with a friend regarding where we’d shoot 3D this upcoming Sunday. Had lunch with Brenda. We ate Indian food, which always makes me sleepy. Took a short nap (20 minutes) after lunch while Brenda drove us home. Went paddle boarding in the river. Had two girls with me, Brenda and Martha, a SUP friend from down river. Talked with a friend about where we’d ride our bicycles on Saturday. Rode my bicycle 30 miles. Went for a swim in the river with my dogs. Shot my bow and arrow at a new paper target – Zombies! Grilled hamburgers while playing with a 2-meter ham radio. Drank a Budweiser beer (legally).

From the above list it is obvious I am not a teenager. The last entry proves it!