There are two archers that have impressed many people because of their dedication to overall health and fitness: Rik Lee and Chris Watkins.  During theirs lives they have been overweight.  Today, they are involved in other sports along with archery. They are the type of individuals that can inspire others.

Chris is a young man that was heavy.  In fact, he weighted close to 400 pounds.  When I met him, shooting indoor league competition, I would never have guessed he’d ever been that big.  By changing his diet and adding aerobic exercise to his daily activities Chis is now around 200 lbs. and has a goal of 185.

Chris posts his Garmin tracked runs and bike rides.  His has a nice pace, one that would keep me heart rate up during a run. In fact, we’d planned to run the Firefly 5K together but the event was postponed because of a thunderstorm.  Sadly, the make-up date fell on a time when I was out of town and I missed running with Chris. 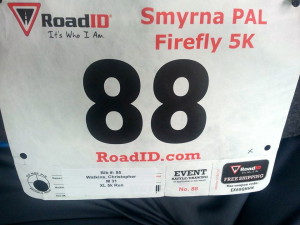 Chris said it best, “One year ago today while sitting in the hospital with my son wondering if he was going to live, I made the decision to embark on a Life Changing Journey that would change me in so many ways…” When we shot together a couple of weeks ago he mentioned he has lost nearly 140 pounds.

“My ‘gut’ measurement was ~10.5″ bigger than it is now so while it may not have exceeded the 12 inch limit in any of the hunter classes it was close!” said Rik.

Rik changed his life style and began running and cycling.  Where cycling is concerned he said, “ I started cycling as an adult on July 1, 2011. I was somewhere between 90-100 lbs. heavier than I am now.”

Rik is a former ASA State Archery Champion who recently took 3rd place the Philadelphia Cycling Time Trial and 1st Place in the Church Creek 40K Time Trial in Maryland.  For that victory, Rik pedaled his bike at over 25 mph for 40K (24.8 miles).  From experience I know that is not easy!

What is inspiring about Rik and Chris, avid archers, is they’ve added another level of fitness to there lifestyle and are excelling.  Each has benefited.  They are examples of what can be done in sports and fitness without giving up one you love – archery. 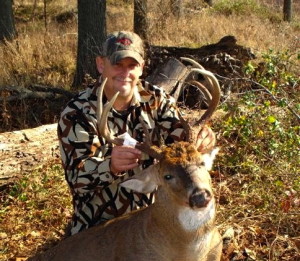 As Chris likes to quote, “Change happens when the pain of staying the same is greater than the pain of change.” ~unknown author (Said by ShayCarl)