While practicing today I thought about archers, archery and athletics.  Athletes that train and compete in similar sports understand each other’s pain, failure and success.  When I post updates about endurance sports there are frequent comments that express camaraderie and understanding.  The same is true about archery.

These posts, thanks to the Internet, are global.  They are shared with archery groups around the planet.  At times someone has liked a post other than a “Facebook” or personal friend.

Today, someone in Patialia, India a student at Punjabi University ‘liked’ a few posts from Puttingitontheline.com.  Frequently, non-US archers from Europe, China, Japan, Russia, Canada, Australia and the Middle East have ‘liked’ or commented on a post.

Last week, from a post about an archery shop in Hertford, NC, PGF Archery, I received a tweet that it had been picked up by the Hertford Daily, a newspaper in Hertfordshire, England. 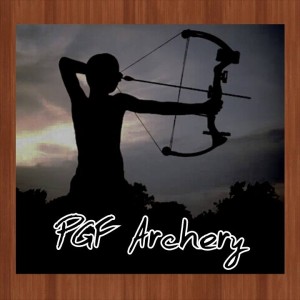 Archery, like other sports, break down international barriers to common denominators.  Archers, like other athletes, train, suffer, work, fail and succeed.  As athletes we see similarities more so than differences.

Racing in Europe and Southeast Asia as well as training in the Middle East I never felt alone.  Once, after a bicycle race in Italy, I was unable to find my way back to the hotel.  No one around me spoke English.  Still in my racing attire, and my face showing the “bonked” exhaustion of a difficult event, total strangers came to my rescue and got me on the correct path.

Similar kindnesses have been granted to me in other countries and in states around the US.  Once I got lost on a long run in Canada.  You might think how does one get lost on a run.  Well, you head out to run 16 miles in an unfamiliar city, lose track of your turns, make one wrong turn, and before your know it you’re lost. Again, rescue came from strangers running in my direction.

People who aren’t athletically inclined often seem to understand to some degree what athletes endure.  On a 20 mile run I ran out of water.  A chubby guy, driving a truck of bottled water for delivery, stopped and handed me two bottles of water.

Once while running in the Middle East, a group of Bedouins, amazed to see me, offered me coffee, dates and water.

The state of the world today is not universally wonderful. What is good though are the common experiences of athletes around the globe.  What we share, regardless of religion, nationality, or ideology breaks down to the common denominators of the human spirit.

Noticing a fellow athlete archer in India had ‘liked’ a post reminded me of others around the globe that share our common experiences.