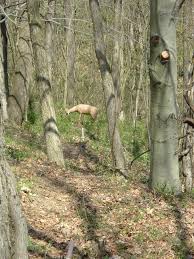 Using a Garmin Forerunner 310XT I recorded the time and distance to cover a 30 target 3D course. On final count there were only 29 targets. The Garmin was activated upon entering the course and stopped at the exit. The terrain was hilly. The distance covered was 2.06 miles and took 3:06:19 to complete. The calories burned, based on my weight, were approximately 468 per hour or 1538 for the tournament. The caloric estimate included carrying about 10 pounds of equipment.

The energy used during a 3D tournament should be a consideration prior to competition. For example, adding the basal metabolic burn to 3D archery, or an additional 83 calories per hour, the output of energy is 1788 calories. Additional activity, warm-up, travel and shoot preparation burns an estimated 484 calories bringing the total used by the time the course was completed to 2272 calories. (Note: I ran prior to driving to the competition but I am not including that for this analysis) 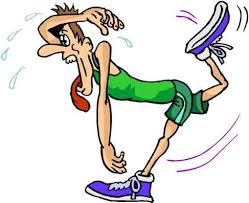 3D tournaments are often in the morning. When your body goes longer periods without food (like fasting or 8-9 hour sleep) it depletes glycogen in order to sustain itself. This means that during the first 30-40 minutes of 3D competition you are only depleting your glycogen stores.

Glycogen is what we use to fuel our energy. After a meal, in about an hour or so, we can begin refueling. If breakfast is eaten, three hours prior to a tournament, the caloric intake can be added for simple calculation. If breakfast is around 500 calories and there is a surplus of 1200 from glycogen, the total available (excluding fat storage and muscle) is 1700 calories. So, by the end of the tournament, an archer around 150 pound will have a deficient of 572 calories.

This is important considering the mental requirement of an archery contest. Running low on caloric intake during a tournament could lead to “bonking”. Bonking is also known as hitting the wall or to bonk. It occurs when glycogen has been depleted which leads to an energy loss, fatigue and reduced mental focus. Bonking can be avoided by maintaining glucose levels during competition, which is easily accomplished by ingesting carbohydrate-rich substances, i.e., a sports drink.

Archery is not a “cardio” sport. Nevertheless, the energy expenditure is an important consideration to optimize performance. Understanding the energy requirements, caloric output, and utilization of carbohydrate-rich substances during training and competition may improve outcomes. 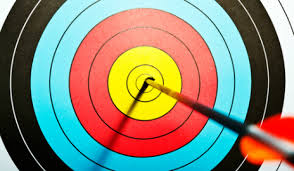