For decades I established my race and training plan each December. Typically, I’d be in front of my computer sitting in a hotel on a business trip. From there I’d lay out my calendars, work meetings, holidays, and vacations. It was important to me and with the support of my colleagues I’d make an annual plan.

In my work I traveled around the world. These trips were expensive; I flew business class and stayed in nice hotels. This meant trips had to be well planned. They were rarely canceled. After plans were prepared for an international trip, I’d search that country for races where I could compete then try to enter. As a result, I’ve been able to compete in Europe, Asia, and the Middle East. In the US I truly don’t recall all the states where I’ve raced since 1971.

Scheduling is now more complex because I’ve added archery. I shot in the early 70’s but didn’t compete. Today, I compete in archery. My entrance into competitive archery came following a 35-year hiatus from the sport. So, I’ve been learning to shoot a compound bow (until last year I’d only shot a recurve) and learning where to and how to compete in archery.

Lying on my desk, for 2015, are 12 archery tournaments, one duathlon, one ultra-cycling race, one marathon, a 10K and four 4K events. These events get me to June on my calendar. From these I’ll have to associate them with where I’ll be living at the time: Maryland, North Carolina, or Georgia. Next, I have to choose which ones to enter then add June through December.

Once I complete my calendar I’ll set goals for each event as well as a primary goal for 2015 along with secondary goals and contingency plans for post-goal advancement. That means, there will be A, B, and C events. It also means there will be post-goal plans for cases where a goal is achieved earlier than expected. 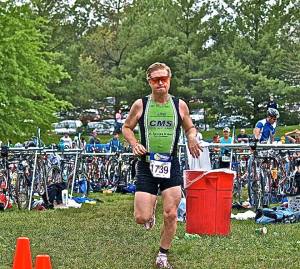 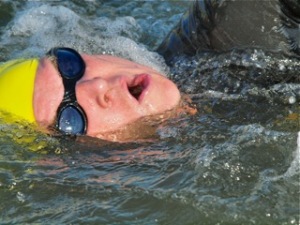 All of this rides on top of training plans. These plans include: shooting, swimming, cycling, running, and weight lifting. It is a lot to consider and plan. These are times when I miss my coach and trainer from the days I was purely a cyclist. In those days, it was all planned for me. With the addition of archery, I have started this process a couple of weeks early.