One of the tournament officials sent me an update on the rules for an indoor competition being held in Georgia. There are so many rules and so many archery governances it is hard to keep it straight. In fact, I hadn’t yet reviewed the rules for the upcoming event. When the correction came my way it got me thinking. 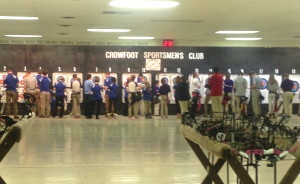 When I worked in health care Dr. Speir (retired – Professor Emeritus), the head of the Section for Chest Diseases, at the Medical College of Georgia taught me a set of rules I’ve never forgotten. These are the Cardinal Rules of Critical Care:

That set of rules has been part of many of my medical lectures given work wide for over a quarter of a century. These rules, wherein the violation of just one is serious, led me to create other rule sets for different situations.

For Triathlons I have a set of rules. These came about when I was asked what I try to do during a triathlon. The question gave me pause. There is a lot I do in preparation for a triathlon. During the event I am on autopilot, enjoying myself trying not to think too much.

The triathlon question got me considering what is most important for the race and I answered:

The archery tournament email regarding a rule update leant me to ponder three rules I think are applicable for indoor tournaments:

These archery rules are simple. They are a bit “relaxed” but I think “relaxed” is a good frame of mind for an archery tournament. Besides, it is supposed to be fun.