Norman Mitchell is a retired US Navy Chief Petty Officer. Originally from Tennessee, he lives in Elizabeth City, NC. He first encountered Elizabeth City during his naval career and since retirement has made it his home. 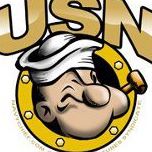 The retired Chief is an active hunter, fisherman, competitive pistol shooter, skeet shooter, archer and golfer. We met through archery. Norman invited me to his group’s, a ministry, indoor/outdoor archery range. Even though the club has an affiliation with the church, the range and conversation were free of testimonials, prayers, and other displays of verbal piety. The overt philosophy was that actions speak louder than words and Norman made me feel welcome – that was enough.

His group provides a practice area and holds 3D competitions. The target we set up was at 35 yards.  We shot from inside a large warehouse onto an open area outside.  This played havoc on my pins.  I don’t have artificial illumination on my sight and the dark to bright ambient light turned my pins into silhouettes.

Practicing together for nearly two hours, it became time for me to find lunch. Norman stayed mentioning that other archers would be coming to shoot on their lunch breaks. I headed home to eat and train on my bike. 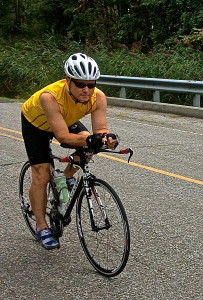 It remains my general experience that athletes are welcoming and generous. Norman was no exception. Shooting at his range was a challenge and another great experience.