The West Virginia State Championship 3D tournament was held this weekend. It was a qualifier for the IBO World Championship. It would be good to qualify early for 2015 and not worry about qualifying during the spring of 2015. Several of my friends were there to compete.   The drive was going to be a bear. For the past few months I have stayed on the road. The night before I was to head to West Virginia I learned the Mid-Del Archery Club was holding a 3D tournament in Delaware. Rather than get up at 03:30 in the morning, to drive for three hours, my plans changed and I’d head to Delaware. 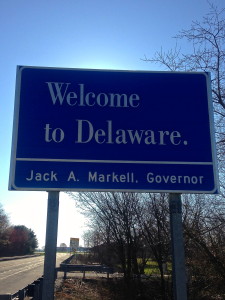 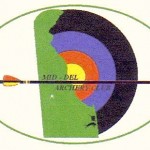 Delaware borders Maryland and Mid-Del’s 3D tournament was only a 30-minute drive. Their 3D course isn’t the most difficult I have shot but it is one of the most well maintained. Walking their range you can quickly see the work and pride that goes into maintaining the course.

As usual, I arrived alone hoping to find a group to team up with for shooting and scoring. Approaching registration I eyed folks looking for a welcome face or group. Entering the clubhouse reception came from Jim and Clyde, two of the Mid-Del officers. Both were working the registration desk and wouldn’t be competing.

After getting the paperwork complete I headed back to the parking lot wanting to find a group with which to shoot. Bart Shortall, an ex-pro was there but not shooting. Bart has recently become the National Sales Manager for 60X Custom Stings and was out promoting that company. Then I recognized someone I’d seen at many tournaments, Steve Dunaway.

Steve is a “big league” shooter. He often travels with a group of archers shooting in the MBO or open class. I’d last seen Steve at the IBO World Championships a few weeks ago. I asked Steve if I could tag alone so my scores could be officially recorded and he welcomed me to come along.

I’d been wanting to shoot with Steve for some time. We’d had brief conversations at other competitions and he looked like an interesting fellow. In his case, the look didn’t deceive. Steve is a great conversationalist and indeed an interesting guy.

I finished with a satisfactory score, a personal best. I also ended up not making a long drive to West Virginia. There will be another qualifier in the spring. I’ll make one of those in hopes of scoring another World Championship opportunity. Seeing Jim and Clyde was a pleasure. Before leaving Jim and I shot together for a while on their practice range. Aside from shooting well, it was a memorable morning shooting with Steve and seeing friends from Delaware.