At the indoor range where I was practicing there was an archery coach and his associate available to provide help.  These range fellows were old and a bit rough around the edges.  I had a technical question and their opinions might be interesting.  When the words, “Is glare a problem when using a lens versus pin sights while shooting outside?” left my mouth, I knew asking was a mistake.  That simple question initiated an unrelated lesson in Japanese archery.

The range coach started to address my query. Before he’d finished, his confrère barked, snapped and began harping about the Japanese.  On and on he lectured about the greatness of the Japanese archer. The sermon exhausted the concept that Japanese don’t allow novice archers to shoot an arrow until they’ve mastered 1000s upon 1000s of draws with an arrowless bow.

His point, having little to do with the technical question I’d asked, was that an archer’s form is paramount for accuracy. (The grizzly colleagues would never return to the question of glare on a lens)  Curious about the technique of drawing and letting down an arrowless bow for 1000’s of repetitions, I searched the Internet for information.  When drawing and letting down an arrowless compound bow there is bound to be trouble.  Sooner or later there will be a dry fire. The Japanese act of practicing with an arrowless bow needed clarification. What I found was the Japanese practice of Kyudo.

“Kyudo is practiced in many different schools, some of which descend from military shooting and others that descend from ceremonial or contemplative practice. Therefore, the emphasis is different. Some emphasize aesthetics and others efficiency. Contemplative schools teach the form as a meditation in action. In certain schools, to shoot correctly will result inevitably in hitting the desired target. For this a phrase seisha hicchū, “true shooting, certain hitting”, is used. (1) 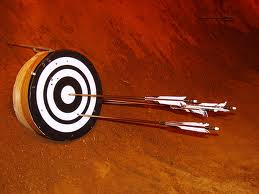 Online there was a video example of kyudo archery in which modern practitioners demonstrated battlefield technique.  The lighting in the video was such that the flight of arrows is visible. I have included the video for your review.  At 2 minutes and 25 seconds notice the archer closest to the left and his arrow.  The arrow flies off his bow at a 45-degree angle.

(Scroll down a little to see the video from the link above once you get there. The video is the one with several archers on what looks like a football field.)

The old fellows at the range never answered my question about glare in the lens versus a non-lens pin sight.  They were busy talking over one another and distracted from the issue when I left them bickering. Busy glorifying the mystery of Japan.  As for the question that started it all: If I don’t use a lens, I won’t get glare from the lens.

2 thoughts on “The Kyudo Debate”