Twenty-three miles doesn’t sound like a lot. (I’ve run further) That’s the distance from my house in Easton, Maryland to Schrader’s Outdoors in Henderson, Maryland. Schrader’s is where I have been practicing on their 3D range. Typically, it is not a bad drive. It’s summer, however, and vacationers have migrated to the Eastern Shore bringing chaos and money with them. 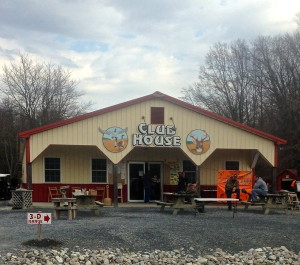 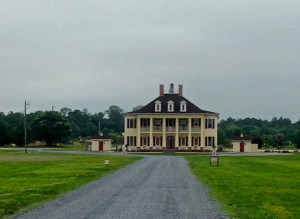 On the day before this, I’d practiced at Schrader’s. The drive home was a slower than if I’d made the 23-mile trip by bicycle. After practice today, with the migratory traffic fresh in my memory, I stuck to the back roads going home.

I’d was pleased with the less beaten paths – smooth sailing. Then, I noticed what seemed to be a back up of traffic. In this case, there was a back up, due to a tractor-trailer flipping in a ditch and dumping a load of corn. No one was injured, the driver embarrassed and worried. Folks caught by this accident turned around and selected alternate routes. My second choice was a seemingly good one.

These secondary roads are way off the beaten path. Western shore vacationers don’t often venture this far from fast food, Starbucks Coffee, and popular boutique shopping, I cruised. Then I came upon road construction.

That delay wasn’t bad and I traveled on until hitting my third and final slow down at a spot where someone’s car had malfunctioned.

The car was well off the road; still the roadside activity required heavy scrutiny from each driver ahead of me as they passed. (being the last in the line, I paused to take a picture)

This day, my return from practice was faster, however, I could have made the trip home faster on bicycle compared with driving my truck. Forty-eight hours to go and I am back in a traffic free rural North Carolina. In NC, my travel to practice is about thirty seconds. 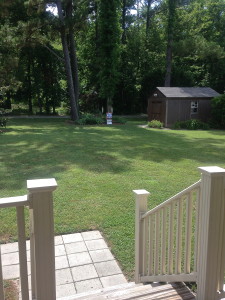 My home range in NC